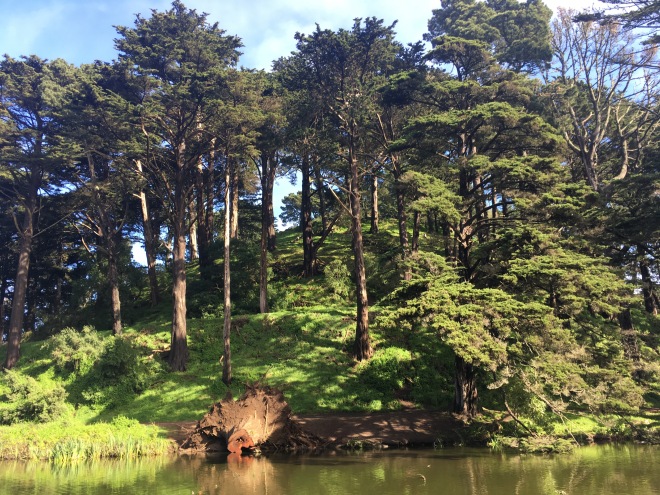 This past week it was constantly raining – the kind of rain that lasts for days and nights and days again and it just never seems to stop. Will and I were both going stir crazy and just when I thought it would NEVER stop raining, it did. And the sun came out. And we finally got to head out to Stow Lake in Golden Gate Park to see the ducks and smell the fresh air. 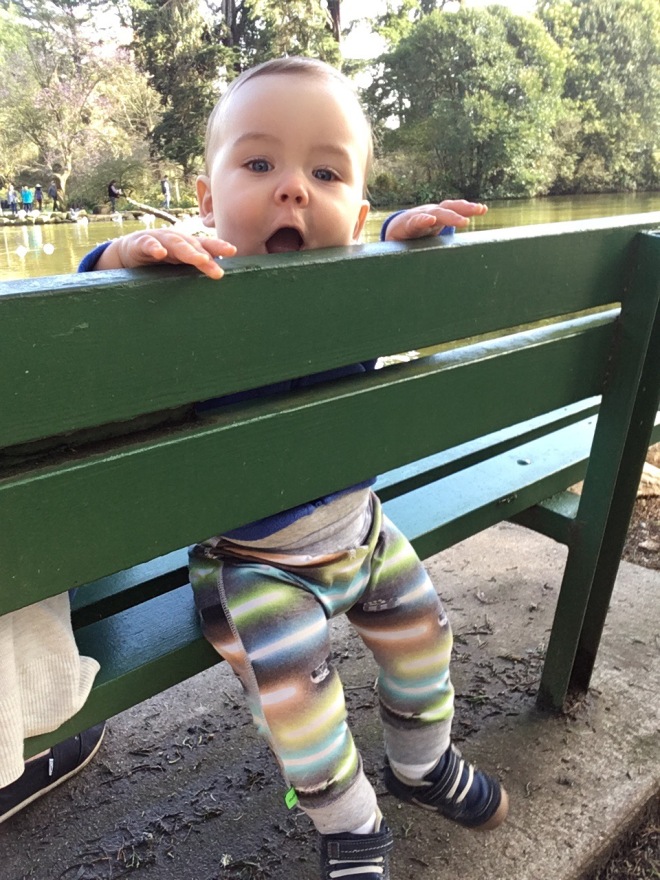 He was pretty stoked about it, as you can see. The whole process of waiting and going crazy, and then the relief that came with the end made me think about what it means to be in the middle of a season that feels endless. I sometimes get this feeling that wherever I’m at, it’s always been that way and always will be. Something simple like rain – it’s always been raining and it always will be! There’s no end! Which is silly, but it can feel that way. Sometimes it’s something harder to go through. Like not getting any sleep when your baby is teething. They’ve always been waking up every couple hours, and they always will be! Send coffee reinforcements. Or feeling out of shape, like you’ve just always been there and can’t see an end in sight; an end where you fit back in the jeans now hanging in the back of your closet. Maybe it’s something even darker like depression, or the loss of something or someone important. Where does the frustration and pain end? When will the rain stop?

Maybe your season isn’t painful at all – maybe the fear that the season will end is what gives you anxiety. I get that too. I think we cling to different seasons of our lives for a number of reasons, and those reasons sometimes make a lot of sense. Maybe we see the time we’re in as the best version of ourselves, and we’re afraid of what the end might mean. Maybe we’re in the middle of something so great that the thought of it ending is just, really sad. The funny thing about seasons though is sometimes you don’t always notice the end. For better or worse, you don’t realize you weren’t in the middle the whole time at all, you were near the end, and then the end came and now you’re on to something new. 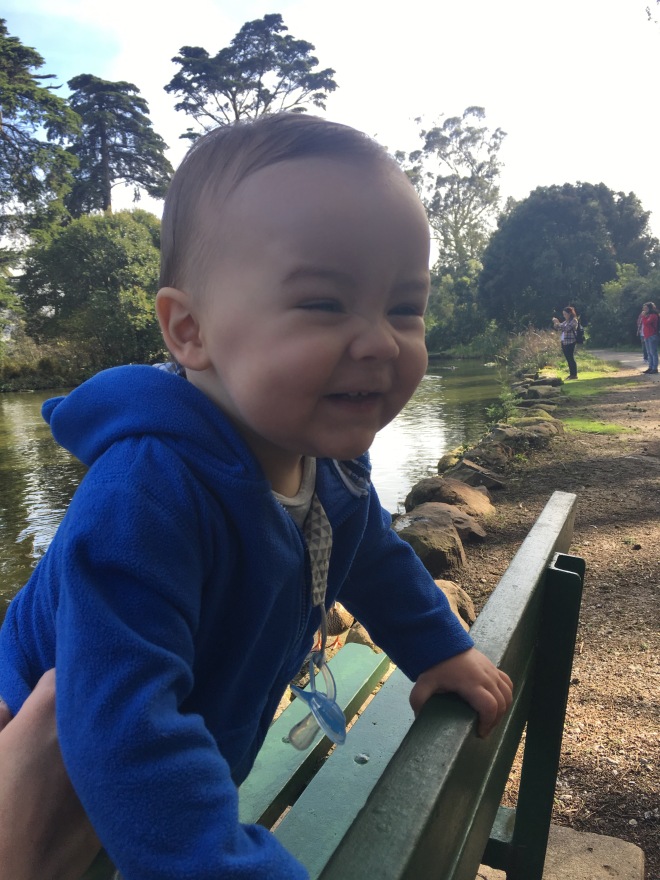 I’m not sure there’s a huge point to all this rambling, but I think I realized a few things about myself as I sat on that green bench trying to convince Will that jumping off the back of the bench wouldn’t end well. I realized I’m not very patient, but I’m working on it. I realized that saying goodbye to certain seasons of your life doesn’t mean you’re getting old, it just means you’re living. And I realized that some seasons, although they’re hard, aren’t actually in the middle. They might be closer to the end than you think.